Nicaragua Tourism on the rise – the mainstream press has named  Nicaragua as one of the 3 top destinations in the world.

The Lonely Planet Oct 2013 story about the 10 best value destinations lists Nicaragua in third place. Nicaragua tourism is on the rise.  The article describes Nicaragua as: “…an A-grade Central American attraction in itself, from brooding Volcán Concepción to the dreamlike experience of floating down the Río San Juan.” Tours Nicaragua has been saying this since our General Manager, Richard Leonardi wrote the first major guidebook on Nicaragua in 2001 (Footprint Nicaragua, England), and we are happy to have Lonely Planet on board.

Nicaragua’s acceptance with the mainstream media means more visitors, so now is the time to visit.  Although Nicaragua Tourism is increasing, we don’t think Nicaragua will be overrun with tourists any time soon, but it is the time to taste the most authentic country in Central America, just 2-3 hours by plane from the USA. We offer many vacations that include the Concepción Volcano (for people in good shape we climb it); otherwise, you can enjoy its perfect shape from one of Ometepe Island’s exotic fresh water beaches. While Ometepe dominates the Lake Nicaragua landscape, all of the lake water drains to the Caribbean via the Río San Juan.

Tours Nicaragua has been specializing in San Juan River travel since the mid-90’s. We feel it is not only a very special wildlife experience, but also a trip through some very unique history.

European pirates and privateers, operating under letters of Marquee, set up headquarters in the hidden lagoons of the Caribbean Coast and on the tranquil beaches of offshore islands. They could divide their plunder, repair their ships and relax after fighting and pillaging. Henry Morgan (c. 1635-1688), arguably the most infamous pirate of them all, was said to be particularly fond of both Pearl Lagoon and the Corn Islands. 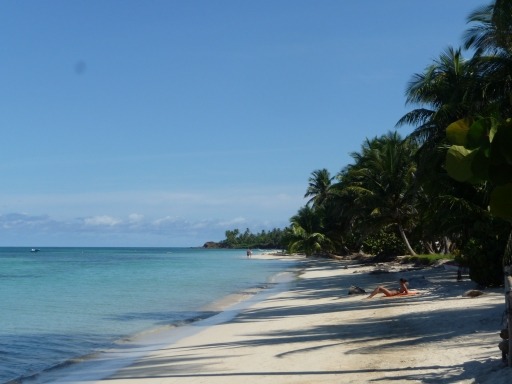 Legend has it that pirates buried large quantities of silver and gold treasure on these islands, and that sunken ships like the wreckage of the 400 year-old Spanish Galleon off Waula Point still remain undiscovered in the shallow waters nearby.

Without question, one of the most significant cities ever to be seized by pirates was Granada, Nicaragua. Back in the 17th century, Granada was one of the most affluent cities in Central America; it was a place of grand architecture and large silver reserves waiting to be shipped back to Spain. Furthermore, the town’s strategic position on Lake Nicaragua made it vitally important to the Spanish Empire – and a highly desirable target for pirates.

One of the first pirate attacks on Granada was carried out by Captain Morgan in 1665. Morgan sailed into the mouth of the San Juan River, where he and his men hid their ships and headed up the river in six wooden canoes. In order to avoid contact with the Spanish, they paddled upriver at night through the early hours of morning only hiding during the day.

Once Morgan and his crew reached Lake Nicaragua, they continued across the vast inland waterway and took Granada completely by surprise. They remained in the city for a day before setting it ablaze and withdrawing all the way back down the Rio San Juan to the Caribbean with approximately 500,000 sterling silver pounds.

SPANISH FORT IN THE RAIN FOREST

During the Golden age of Piracy, from 1650 to 1730, European pirates continued to attack Granada, frequently destroying its infrastructure and making off with large amounts sliver. Faced with the repeated destruction of their towns, in the spring of 1673 the Spanish began construction of a fortified castle above the rapids on the Rio San Juan. The immense stone fort, called El Castillo de La Immaculada Concepción, was finished in 1675 and was defended by dozens of cannons and had an armory of several thousand muskets and swords. As impressive as it was, it failed to keep Granada safe when the British buccaneer William Dampier bypassed the defense by landing on Nicaragua’s Pacific coast. 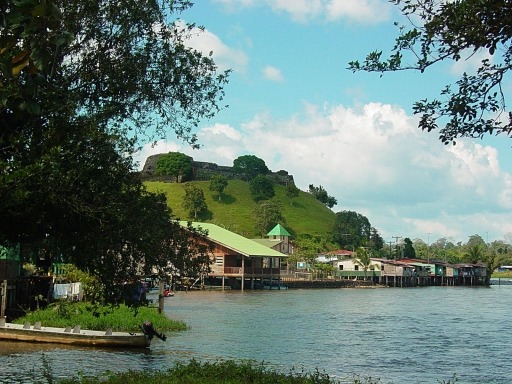 In time, the Pirates were run out of Nicaragua’s waters, but today you can see vivid historical evidence of their legacy. Whether you are a history student or nature enthusiast, the Rio San Juan is one of the few places in the world where you can travel from a huge tropical lake to the Caribbean Sea on one of our expeditions. Travel by private boat stopping to enjoy nature en route and sleeping in a pure rain forest with the sound of the sea in the distance. All the while you’ll be following in the footsteps of some rather famous historical figures.